I ran Luka Rejec’s Witchburner in Old School Essentials over Discord for my wife and a few friends, back at the height of lockdown. None of them had played OSE before, but as this is a pretty social-based story, it didn’t matter too much. 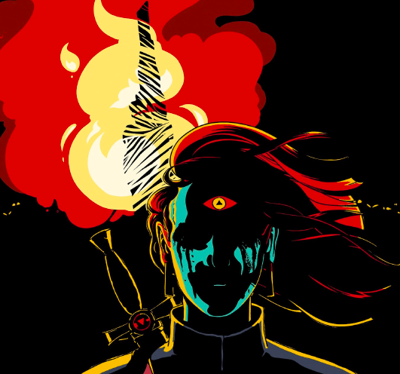 The Mayor pats down her forehead with a napkin and looks left, then right. The councilors arranged around her in their finery nod assent. She looks down at the motley witchfinders, spoken for by the Lord Rightmaker. “Our request is simple. Find the witch before All Saints’ Night, before the month ends, and we shall pay you 3,000 cash.” The shadow-skinned councilor smiles, “And the council will cover your stay at my inn.” The bushy-haired priest looks uncomfortable, “Now go, find that witch, before she brings Winterwhite’s hunger on us all!”

The idea is that the rural town of Bridge is plagued by evil portents, caused by witches, and the party is brought in as Witchburners to find the Witch, and Burn them.

Minor spoilers below the break.

This took four 90 minute sessions to “complete”. We used Sidekick for dice rolls and I dropped images in chat, but there was no combat that required even theatre of the mind.

This game entirely took the form of interviews with the characters of Bridge.

This isn’t really a review of Witchburner, but I would like to note the standard Luka motifs:

My only criticism is I’m not very good at taking those vignettes and turning them into useful information for running a game. So every time I turn to the right NPC, I have to then turn past that. As others have said, this would benefit from cross-indexing. However I think Luka’s preferred intent is more of a “just make it up and and make it yours” approach rather than my more completionist “BUT WHAT IS THE OBJECTIVELY CORRECT WAY TO PORTRAY THIS CHARACTER”.

Okay first lesson is that a murder mystery is really really hard to plan. I tried to make a set of images to describe the interpersonal relationships to help me remember but it took a long time and wasn’t particularly readable. I was going to throw one in here as an example but 1. I’ve lost it and 2. Just trust me on this 😕

The players had long conversations in RP, possibly longer than I’ve played in other games, which required me to ad-lib a bit. And then of course the players found inconsistencies and were very sure a character that has a single name in the book must be the culprit.

Then they found the smith’s apprentice wasn’t allowed to live in the village and were very concerned that he was mistreated by all the villagers, so he was cruelly misunderstood. Then they uncovered the domestic abuse at the clockmakers' house. Then they asked the battered clockmaker’s wife if she was a witch.

That was a surprise.

The second lesson is it takes WAAAAY more time than you’d think, or at least more than I thought. The intent was to run a single one-shot session of a few hours long. Witchburner, as written, has 30 named and detailed NPCs with secrets to unburden. On Luka’s suggestion I cut that down to a third. To keep the time pressure I ran it over 1 week in-game instead of 4. We were still getting through about two characters per session… 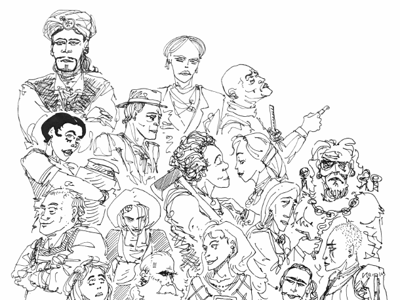 After a few twists and dead ends the players started getting a bit frustrated. I had warned them the story isn’t a standard linear dungeon but I think I’d have felt similarly. I definitely feel I need a nudge in the right direction - not *all the time but now and then. I did not provide this in-game much and it would have helped

The ending is fairly key to the story, so I’m really not going to spoil it here. Instead here (again spoilers 🤫) But the players weren’t amazingly thrilled about it, as they’d made some assumptions from the intro that isn’t true.

If I was running this again, I would:

I say side quests, I’d be more tempted to have this as a “side quest” among a more conventional story, like having Bridge as the hub for some standard monster slaying “but also” weird stuff is going on, and they don’t like it, one bit.

It breaks up the murder mystery, and takes the pressure off I think. The alternative is to fiddle a bit more with the ending. That also gives other ways of adding time pressure instead of saying “you can only have one interview per Watch due to societal pressure” (which is about a quarter of the day or so).