Over the last few weeks I’ve been playing Artefact, by Mousehole Press. I wrote some words about it already. In case I didn’t mention before, it’s pretty. Admire how pretty it is, again. 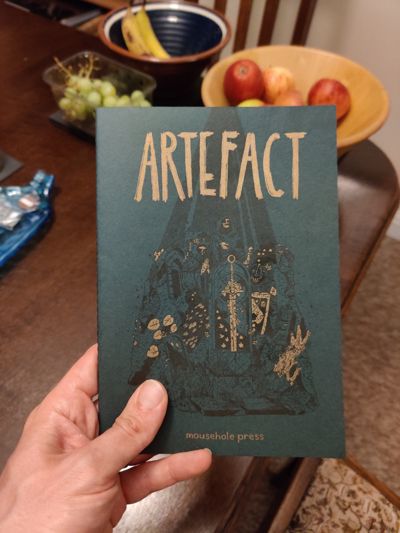 Technically, one should play it in one or two sessions and think solemn thoughts as you meditate on being left behind. I didn’t do that. The game has setup (which I did wrong) and three acts, and I did those all on separate days.

Each session was about 30m or so, and I wrote in total 9 sides of A5. For each answer I wrote in the thoughts of the artefact, and its version of the history of its keepers. There’s obviously more brief ways of doing this - I could have just written bullet-points and kept things in my head.

I thought this would encourage me to think a bit more, get away from the computer, and improve my handwriting. It did discourage me from more complex plots.

The story of Hunter’s Bane

My artefact was a hunting horn. It basically buffed its Keeper’s martial prowess, but would encourage the Keeper into greater deeds and fight foes too mighty. Basically, it drew aggro!

Much in the same way Americans think British accents are perfect for fantasy, I decided to use Welsh names for my kingdom and characters.

This was great. Very peaceful and reflective, without getting too miserable. Apart from maybe the end but I felt it should go out with a bang 🤣.

Next time I think I’d probably try a more gonzo story, possibly writing less, but OTOH I like the story I’ve written. One thing I’m slightly nervous about is that I’ve used a lot of the example keepers listed. There are 12 and so I’ve used a fair fraction already. However I think a different artefact type, and also I can just make up a new one if required. Technically Cat was a deviation as it’s supposed to be a pair of hunters who fight.

I didn’t do much of a sketch of the horn. I don’t like drawing, so I thought I’d stick with the creative writing bit I was looking forward to. I also wrote out things freehand and answered too many questions at the start.

Next time, I will use the worksheets that would give me a bit more structure to not-cock-it-up. Probably still transcribing into a journal though, as otherwise I will lose the ability to write at all 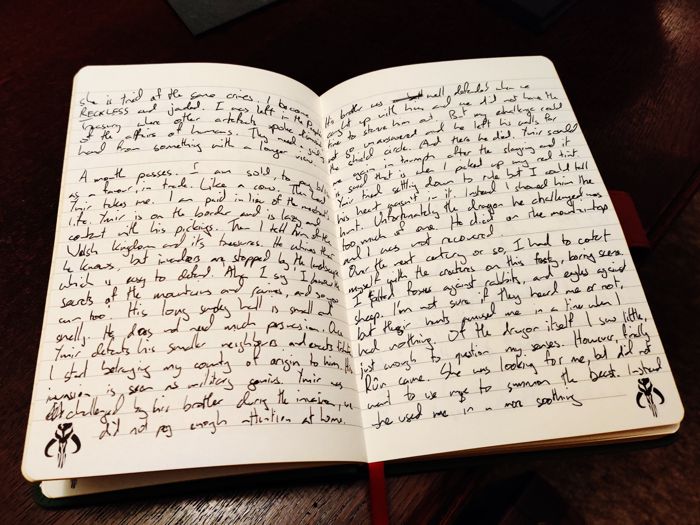